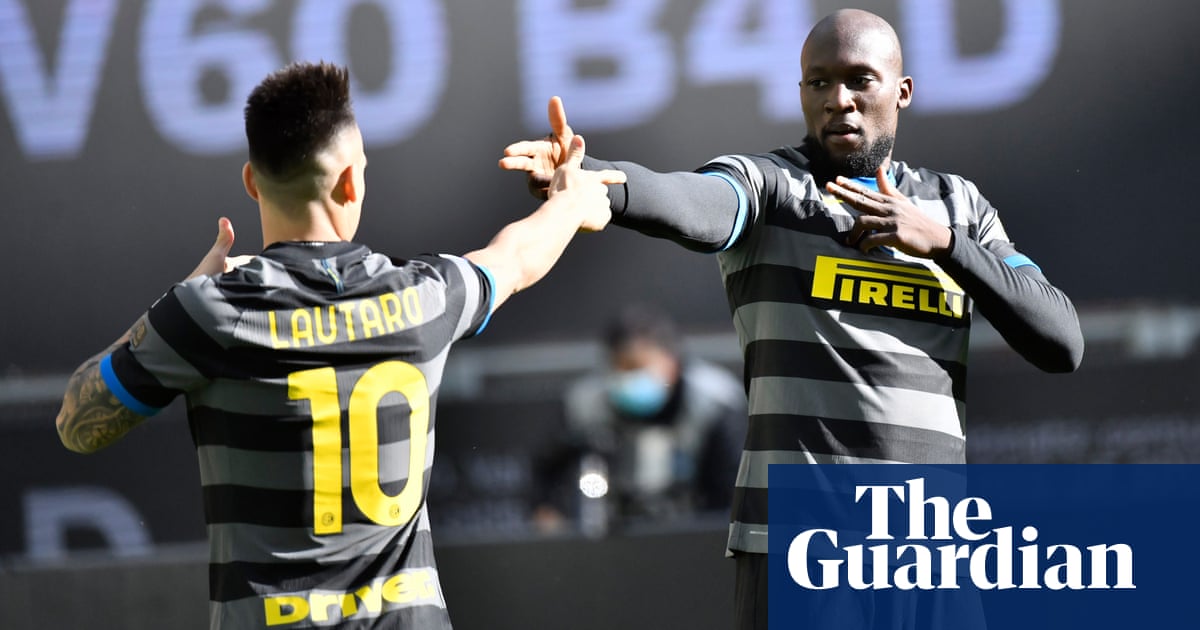 Romelu Lukaku scored after just 32 seconds as Internazionale maintained their title charge with a comprehensive 3-0 win against Genoa at San Siro.

Antonio Conte’s side got off to the perfect start when Lukaku immediately drove through the visiting defence to score his 18th league goal of the season.

Nicolò Barella’s curling strike hit the bar and Lukaku’s effort was saved by Mattia Perin as Inter searched for a second goal. They had to wait until the 69th minute for a second as Lukaku teed up Matteo Darmian who drilled home. Alexis Sánchez became the third former Manchester United player on the scoresheet when he headed home after Lukaku’s shot was saved.

The win temporarily stretched Inter’s lead at the top of Serie A to seven points, before Milan reduced it to four later on Sunday with a 2-1 victory at Roma. Franck Kessié’s first-half penalty put the visitors in front and after Jordan Veretout equalised for the hosts, Ante Rebic’s 58th-minute winner sealed Milan the points.

Atalanta won 2-0 at Sampdoria to move into fourth place, level on points with Juventus, thanks to goals from Ruslan Malinovskyi and Robin Gosens. The new Cagliari coach, Leonardo Semplici, oversaw a 2-0 win at Crotone to end their 16-match winless league run, while Ilija Nestorovski’s late header earned Udinese a 1-0 win against Fiorentina.

In Spain Atlético Madrid restored their five-point lead at the top of La Liga with a 2-0 win at Villarreal. Atlético were gifted a 25th-minute opener by a Pedraza own goal, then João Félix made the points safe for the visitors in the 69th minute.

Cádiz failed to build on last week’s draw at Barcelona as they fell to a late Juanmi goal at home to Real Betis, extending their winless league run to eight games.

The Bundesliga’s bottom club Schalke have sacked their coach, Christian Gross, and several club officials including the sports director Jochen Schneider. Peter Knaebel will take over on an interim basis and will be the club’s fifth head coach this season.

David Wagner, Manuel Baum and briefly Huub Stevens have all failed to arrest the team’s slide towards relegation, with Gross the only manager to earn a league win – against Hoffenheim in January. The former Tottenham manager has lost seven out of 10 league games since taking over in December.

“The decisions taken are unavoidable after our disappointing performances against Stuttgart and Dortmund,” the board chairman, Jens Buchta, said in a statement. Schalke lost those games 5-1 and 4-0, and sit nine points off a relegation play-off place.

In Sunday’s games, Max Kruse’s ninth-minute penalty was cancelled out by a Nico Schlotterbeck own goal as Union Berlin were held at home by Hoffenheim, while André Hahn’s 25th-minute winner for Augsburg left the hosts Mainz in the bottom two.